Quest for a TBO-Free Engine

“It just makes no sense,” Jimmy told me, the frustration evident in his voice. “It’s unfair. How can they do this?”

I was on the phone with my friend Jimmy Tubbs, the legendary Vice President of Engineering for Engine Components Inc. (ECi) in San Antonio, Texas. ECi began its life in the 1940s as a cylinder electroplating firm and grew to dominate that business. Starting in the mid-1970s and accelerating in the late 1990s—largely under Jimmy’s technical stewardship—the company transformed itself into one of the two major manufacturers of new FAA/PMA engine parts for Continental, Lycoming and Pratt & Whitney engines (along with its rival Superior Air Parts).

By the mid-2000s, ECi had FAA approval to manufacture thousands of different PMA-approved engine parts, including virtually every component of four-cylinder Lycoming 320- and 360-series engines (other than the Lycoming data plate). So the company decided to take the next logical step: building complete engines. ECi’s engine program began modestly with the company offering engines in kit form for the Experimental/Amateur-Built (E-AB) market. They opened an engine-build facility where homebuilders could assemble their own ECi “Lycoming-style” engines under expert guidance and supervision. Then in 2013, with more than 1,600 kit-built engines flying, ECi began delivering fully-built engines to the E-AB market under the “Titan Engines” brand name.

A Titan engine for experimental airplanes.
What will it take to get the FAA to certify it?

Jimmy is now working on taking ECi’s Titan engine program to the next level by seeking FAA approval for these engines to be used in certificated aircraft. In theory, this ought to be relatively easy (as FAA certification efforts go) because the Titan engines are nearly identical in design to Lycoming 320 and 360 engines, and almost all the ECi-built parts are already PMA approved for use in Lycoming engines. In practice, nothing involving the FAA is as easy as it looks.

“They told me the FAA couldn’t approve an initial TBO for these engines longer than 1,000 hours,” Jimmy said to me with a sigh. He had just returned from a meeting with representatives from the FAA Aircraft Certification Office and the Engine & Propeller Directorate. “I explained that our engines are virtually identical in all critical design respects to Lycoming engines that have a 2,000-hour TBO, and that every critical part in our engines is PMA approved for use in those 2,000-hour engines.”

“But they said they could only approve a 1,000-hour TBO to begin with,” Jimmy continued, “and would consider incrementally increasing the TBO after the engines had proven themselves in the field. Problem is that nobody is going to buy one of our certified engines if it has only a 1,000-hour TBO, so the engines will never get to prove themselves. It makes no sense, Mike. It’s not reasonable. Not logical. Doesn’t seem fair.”

A brief history of TBO

To quote a 1999 memorandum from the FAA Engine & Propeller Directorate:

The initial models of today’s horizontally opposed piston engines were certified in the late 1940s and 1950s. These engines initially entered service with recommended TBOs of 500 to 750 hours. Over the next 50 years, the designs of these engines have remained largely unchanged but the manufacturers have gradually increased their recommended TBOs for existing engine designs to intervals as long as 2,000 hours. FAA acceptance of these TBO increases was based on successful service, engineering design, and test experience. New engine designs, however, are still introduced with relatively short TBOs, in the range of 600 hours to 1,000 hours.

From the FAA’s perspective, ECi’s Titan engines are new engines, despite the fact that they are virtually clones of engines that have been flying for six decades, have a Lycoming-recommended TBO of 2,000 hours, and routinely make it to 4,000 or 5,000 hours between overhauls.

Is it any wonder we’re still flying behind engine technology designed in the ‘40s and ‘50s? If the FAA won’t grant a competitive TBO to a Lycoming clone, imagine the difficulties that would be faced by a company endeavoring to certify a new-technology engine. Catch 22.

Incidentally, there’s a common misconception that engine TBOs are based on the results of endurance testing by the manufacturer. They aren’t. The regulations that govern certification of engines (FAR Part 33) require only that a new engine design be endurance tested for 150 hours in order to earn certification. Granted, the 150-hour endurance test is fairly brutal: About two-thirds of the 150 hours involves operating the engine at full takeoff power with CHT and oil temperature at red-line. (See FAR 33.49 for the gory details.) But once the engine survives its 150-hour endurance test, the FAA considers it good to go.

In essence, the only endurance testing for engine TBO occurs in the field. Whether we realize it or not, those of us who fly behind piston aircraft engines have been pressed into service as involuntary beta testers.

What about a TBO-free engine?

“Jimmy, this might be a bit radical” I said, “but where exactly in FAR Part 33 does it state that a certificated engine has to have a recommended TBO?” (I didn’t know the answer, but I was sure Jimmy had Part 33 committed to memory.)

“Actually, it doesn’t,” Jimmy answered. “The only place TBO is addressed at all is in FAR 33.19, where it says that ‘engine design and construction must minimize the development of an unsafe condition of the engine between overhaul periods.’ But nowhere in Part 33 does it say that any specific overhaul interval must be prescribed.”

“So you’re saying that engine TBO is a matter of tradition rather than a requirement of regulation?”

“I suppose so,” Jimmy admitted.

“Well then how about trying to certify your Titan engines without any TBO?” I suggested. “If you could pull that off, you’d change our world, and help drag piston aircraft engine maintenance kicking and screaming into the 21st century.”

I pointed out to Jimmy that there was already a precedent for this in FAR Part 23, the portion of the FARs that governs the certification of normal, utility, aerobatic and commuter category airplanes. In essence, Part 23 is to non-transport airplanes what Part 33 is to engines. On the subject of airframe longevity, Part 23 prescribes an approach that struck me as being also appropriate for dealing with engine longevity.

Since 1993, Part 23 has required that an applicant for an airplane Type Certificate must provide the FAA with a longevity evaluation of metallic  wing, empennage and pressurized cabin structures. The applicant has the choice of three alternative methods for performing this evaluation. It’s up to the applicant to choose which of these methods to use:

If we were to translate these Part 23 (airplane) concepts to the universe of FAR Part 33 (engines):

How would it work? Engine monitor data would be uploaded regularly to a central repository for analysis.

Jimmy and I have had several follow-on conversations about this, and he’s starting to draft a detailed proposal for an inspection protocol that we hope might be acceptable to the FAA as a basis of certifying the Titan engines on the basis of damage tolerance and eliminate the need for any recommended TBO. This is still very much a work-in-progress, but here are some of the thoughts we have so far: 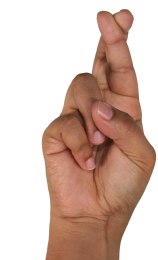 The details still need to be ironed out, but you get the drift. If such a protocol were implemented for these engines (and blessed by the FAA), ECi would have the ability to keep very close tabs on the mechanical condition and operating parameters of each its engines—something that no piston aircraft engine manufacturer has ever been able to do before—and provide advice to each individual Titan engine owner about when each individual engine is in need of an overhaul, teardown inspection, cylinder replacement, etc.

Jimmy even thinks that if such a protocol could be implemented and approved, ECi might even be in a position to offer a warranty for these engines far beyond what engine manufacturers and overhaul shops have been able to offer in the past. That would be frosting on the cake.

I’ve got my fingers, toes and eyes crossed that the FAA will go along with this idea of an engine certified on the basis of damage tolerance rather than safe-life. It would be a total game-changer, a long overdue nail in the coffin of the whole misguided notion that fixed-interval TBOs for aircraft engines make sense. And if ECi succeeds in getting its Titan engine certified on the basis of condition monitoring rather than fixed TBO, maybe Continental and Lycoming might jump on the overhaul-on-condition bandwagon. Wouldn’t that be something?